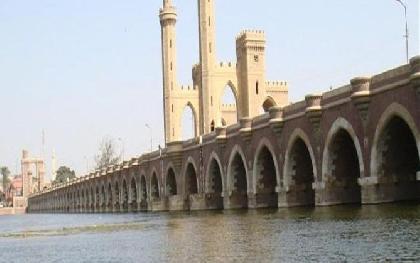 El Qalyubiya is a governorate in the north of Egypt and a part of Greater Cairo that comprises of Cairo, Giza and El Qalyubiya. It is a land of a great history that traces back to the ancient Egyptian times since Banha was one of the major cities at that time and was inhabited by Amenhotob Ben Habo, one of the prominent ministers in the Pharos time. El Qaluybiya Governorate covers about 100.09 km² and its capital is Banha, about 60 km from Cairo. It is bordered with El Dakahlia and El Gharbeya from the north, El Sharqeya from the east, El Menufeya from the west and Cairo from the south. The main economic resources for the governorate are agriculture, food industry, and poultry breeding farms. The most important agricultural products in it are wheat, cotton and rice and many other vegetables that are used in food industry. The government provides the inhabitants of the city with all essential services of means of transportation, health care services and education. This is evident in the existence of Banah University that is regarded as one of the major universities in Egypt. The governorate is blessed with the availability of various means of transportation for linking between the governorate and other governorates in Egypt such as Metro, train and bus. 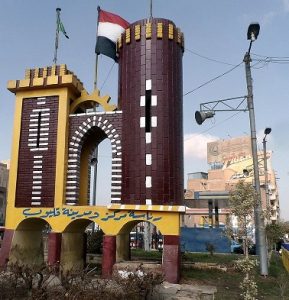 Qalyub is one of the major cities in El Qalyubiya Governorate near which lies the archeological site of Ancient Heliopolis, one of the oldest cities in Qalyubiya. Qalyoub administrative center comprises nearly 6 rural units: Balaks, Sendyoun, Sanafeer, Tanan, Meet Halfa, and Naiy, with more than 16 affiliated villages. Qalyub hosts a number of basic manufactures such as caned food, press, paper, iron, textile, and automotive industries. Additionally, the city largely depends on agriculture as well as on animal and poultry breeding. Among the several monuments one can find in Qalyub is Al Zaher Beybars Mosque which was built during the Mamluk Period (circa 670-672 ah).

Banha city is the capital El Qalyubiya Governorate that locates on the Damietta Branch of the Nile, about 50 km north from Cairo. This city was occupying a great position in the Pharaonic period since it was inhabited by one of the prominent ministers called Amenhotob Ben Habo and many other important figures in ancient Egypt lived in it for its strategic position. It was also the capital of the 10th nome in ancient Egypt in the Predynastic period. Moreover, in the vicinity of Banha, there is the archeological site of ancient Leontopolis, Tall al Yahudiya, and Athribis (which dates back to 1500 BC. The main economic resources of the city are driven from agriculture and textile, electronic as well as perfume industries. Banha University is one of the main factors for the prominent position of the city currently. 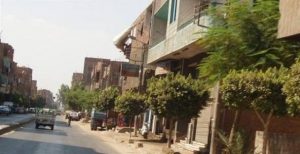 El khanka is one of the administrative centers in El Qalyubiya Governorate. The importance of the city is attributed to the existence of El Nasser Mohamed Ibn Qalawun Khanqah and many other monuments that date back to the Mamluk period. El Ashraf Barsbay Mpsque in El Khanqah is one of the tourist attractions in the city that was established for commemorating El Ashraf victory over his enemies in Kobros. Nowadays the city is a center for a number of crafts and petrochemical and other industries that are regarded as the main source of income for most of the inhabitants. El Khankah comprises of a number of smaller towns and villages including Abu Zaabal and El Manayel. 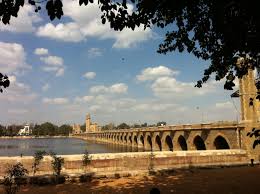 El Kanater El Khairia is one of the major cities El Qalyubiya Governorate in the north of Cairo, where the Nile splits off into the Damietta and Rosetta (or Rashid) Branches, marking the beginning of the Nile Delta. It locates about 22km away from Cairo and is admired for the wide range of gardens, parks and agricultural area surrounding It. The city's name –which means 'The Dams of Welfare'– is driven from Mohamed Ali Dam that was built in 1840 with the purpose to spare water and protect the Delta from the high floods. Since then, the site became a preferred resort for both the local and foreign tourists. Both King Farouk and President Saddat used to spend some of their times in a palace there. From the Dam, various channels were caved to distribute water to the west, center and east of the Delta. The Dam itself is divided into two sections: one for Damietta Branch and the other for Rosetta Branch. 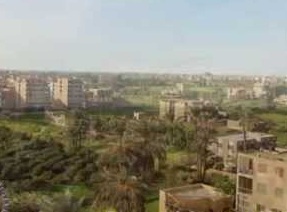 Kafr Shukr is an administrative center in El Qalyubiya Governorate about 60 km south-east of Cairo. It covers about 400,269 km and comprises of a number of towns and villages. The main economic resources for Kafr Shukr are agriculture,industry and trade. It is famous for fruit farms, poultry breeding, furniture industry and other small industries.It is also one of the important trade centers especially in cement, seeds, and meet because of its strategic position on the road linking between El Qalyubiya and Damietta. The city is provided with all essential services and facilities that provide its inhabitants with comfortable life.

Ancient Hut-hery-ib (Athribis or Athribite) is an ancient city that dates back to the Old Kingdom period. Today, it is called Kom Sidi Youss

Leontopolis is the Greek name of the Ancient Egyptian city of Taremu (which means "Land of the Fish"), now known as Tal El-Moqdem (Tell al M

The Irrigation Museum in the city of El Qanater El khairia comprises models of the irrigation systems, methods, techniques and equipments that had b