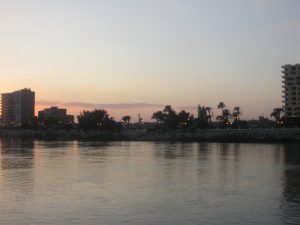 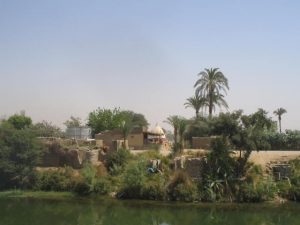 Bani Sweif City is the capital of Beni Suef Governorate in central Egypt on the western bank of the Nile. In the predynastic period, Beni Suef or Heraklepolis as it was known was the capital of Lower and Middle Egypt during the rule of the 10th dynasty. The present city locates nearby a number of fascinating Pharaonic monuments such as Maidum, Tuedjoi, and Dishasha in El Fayoum Governroate . The Museum of Beni Suef is also one of the notable sights in the city that encompasses a marvelous collection of canopic jars and sarcophagi that date back to the Greco-Roman Era and other items from the Coptic and early Islamic Era. Currently Beni Suef comprises of a large number of small villages most of its inhabitants are farmers or manufacturers in textile and cement factories. The main source of income for the city and many other cities in Bani Suef governorate are industries based on agricultural products such as wheat and cotton . The government pays a great attention for providing inhabitants and businessmen in Beni Suef city and governorate by all the necessary needs for increasing investment. This is clear in the great role of Beni Suef Trade Point in serving all companies and factories in all the industrial areas throughout the governorate. The objectives of establishing this international trade point is to support small and medium investors and companies to double their participation in the global trade and attract foreign investors for investing their capital in Egypt. 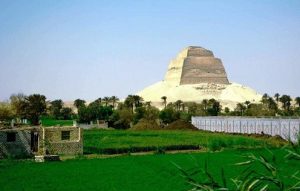 Meidum City is one of the cities of Beni Suef Governorate that locates about 100 km away from Cairo and about 25 km away from El Wasty . It is a prominent archeological site of a great importance since the ancient Egyptians times and was known as Mr-Tm. It encompasses a large number of monuments and and mastabas that attract a large number of tourists for visiting it. 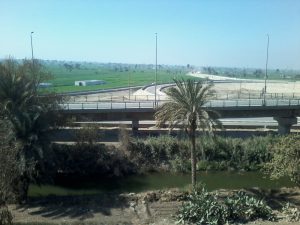 El Wasty is one of the administrative Centers in Beni Suef Governorate in Middle Egypt. It enjoys a strategic location since it is about 25 km away from Meidum, important archeological site rich in Pharaonic monuments, mastabas and pyramids like Meidum Pyramid. 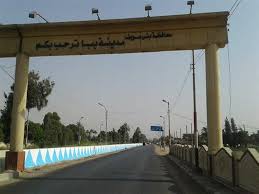 Beba is one of the small center in Beni Suef Governorate in Middle Egypt on the bank of the River. It locates few meters away from Beni Suef City and is renowned for its wide range of agricultural lands. 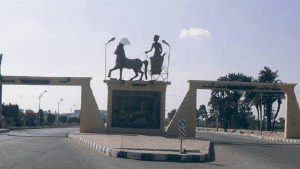 Ihnasya (Ehnasia) or Herakleopolis is one of the cities of Beni Suef Governorate. Lying on Bahr- Youssef, it was the capital of the 21st Nome of Lower Egypt. In the ancient Egyptian texts, it was known as Hwl-nn-nsw ('the House of the Royal Child'), then it acquired an Arabic name of 'Ihnasya'. It was also known as Ihnas, Ihnas el-Medineh and Umm-Kiman, due to the many hills it contains. It was known in the Greek texts as Herakleopolis ('the City of Heracles'), whom the Egyptians associated with the Egyptian deity of the city 'Her' or 'Herishef'. Since multiple building and agricultural projects have been carried out in it over the times, the city lost many of its old features. Ihnasya was the capital of Egypt during the Ninth and Tenth Dynasties, in the wake of the struggle between the Herakleopolitans and the Thebans over the unification of the two kingdoms of Upper and Lower Egypt during the First Intermediate Period. As a consequence, the region suffered damage in ancient Egyptian eras and over the following times. Finally, the Thebans met with success and victory in this clash. Since the city has always enjoyed great importance, the Egyptian Kings attended to its development throughout the history of Ancient Egypt in general and in the Twenty-second Dynasty in particular. Ihnasya was of a great religious importance. According to the Egyptian mythology, the sun appeared, for the first time, in Ihnasya, on the day of the creation of heaven and earth. In that city, god Osiris was crowned. And after Osiris' death, the very city witnessed his son being declared King of Egypt. According to the legend of the 'Destruction of Mankind', Ihnasya also witnessed goddess Sekhmet starting to destroy people yielding to Re's orders. Based on these legends and myths, the site continued to enjoy a religious reputation, even after its political importance faded away. Constructing a temple for god Herishef, the deity of the city, the Ancient Egyptian Kings were interested in him. It is most likely that the oldest date known for that temple was in the Twelfth Dynasty, which implies that the temple of the Ninth and Tenth Dynasties was destroyed. 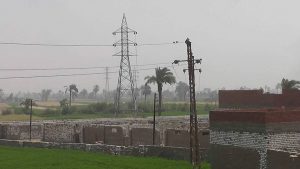 Samast or Somasta is one of the cities of Beni Suef Governorate that locates southward Beba and its importance is attributed to Yussuf Sea or Bahr Yusef that passes in its center. It comprises a number of smaller cities and villages and the sources of income for most of its inhabitants are agriculture and fishing. 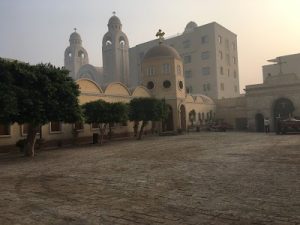 Nasser is one of the cities of Beni Suef Governorate that locates about 9 km away from Beni Suef City and about 120 km away from Cairo. It was known earlier as El Shenaweya till President Gamal Abd El Nasser gave her that current name.

The Pyramid of Meidum is ascribed to King Huni, the last king of the Third Dynasty. Its completion was undertaken by King Sneferu, the first

Dating back to the New Kingdom, the design of the current huge Temple of Ramses II in Ehnasia is similar to that of the temples' plan of the