El Gharbia is a governorate in Egypt that locates in the center of the Delta of the Nile in Egypt. It is bordered with Kafr El Sheikh Governorate to its north, El Menoufeya to the south, and Damietta and Rosetta Branches of the nistl to the east. The capital of El Gharbeya is Tanta City that locates about 90 km² from Cairo. The governorate encompasses 8 administrative centers in addition to a large number of cities, towns, and villages. El Gharbeya Governorate covers about 25,400 km², the majiority of it are agricultural lands.The major economic resources for the governorate are agriculture, food and textile industries. The most important crops in it are wheat, rice, and cotton in addition to other fruits and flowers. El Mahala El Kobra is one of the major cities of El Gharbeya and Egypt as a whole that is renowned for textile and spinning and weaving factories that provide a large number of the inhabitants with job opportunities. El Gharbeya includes some factories of petrochemical industries, fertilizers, paper, and oil industries as well. The main factor behind the good position of the El Ghabeya among other governorates of Egypt is the availability of means of transportation that link it with other places throughout the country. Moreover, the inhabitants are provided with good chance for education in all stages and there is also Tanta University. 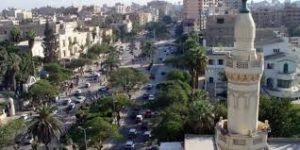 Tanta is the capital of El Gharbia Governorate that locates about 120 km² from Alexandria and about 90 km² away from Cairo. It occupies a great position among Egyptian cities for its strategic position between Cairo and Alex and because of the existence of Tanta University in it. Tanta University was mainly established as a branch for Alexandria University and then it separated from it and called Wasat El Delta University. The main economic resources for the city are driven from administrative services, agriculture and textile industry. El Sayed El Badawy Mosque is one of the major tourist attractions in Tanta that a huge number of Egyptians visit anniversary or Mulid. Tanta Museum is another tourist attraction in Tanta and one of the most important museums in Egypt that consists of five floors enclosing a marvelous collection of Pharaonic monuments that date back to various eras. 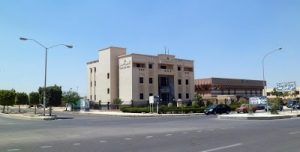 Basioun is an administrative center in El Gharbia Governorate that locates in the eastern bank of the Nile with Kafr El Sheikh Governorate to its north, Kafr El Zayat center to the south and Tanta to the east. The name' Basioun' is a taken from ancient Egyptian language that means' bath' because it was the capital of the 26th nome of pharaohs duting its declining years. in addition to that great history of the city, it is the birthplace of many prominent figures who affected greatly on the future of modern Egypt including the national leader Mostafa Kamel and the famous geologist Zaghloul El Nagaar. The major part of the inhabitants earn their living from agriculture and working in textile factories. 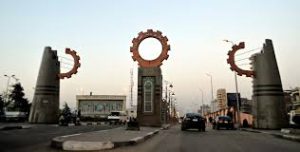 El Mahallah El Kubra is one of the biggest cities in El Gharbia Governorate and the capital of textile industry in Egypt. It covers about 123okm² and encloses a wide range of agricultural lands in addition to the industrial zones in it. The major part of the inhabitants work in spinning and weaving factories, trade and marketing since it is regarded as one of the major industrial and commercial centers in Egypt. In addition to the bright present and future of El Mahalla El Kubra, it has a great history that dates back to the ancient Egyptian time. In the Pharaonic era it was important city known as Didosia, while in the arab history it was a great commercial center and industrial zone for textile and clothes factories and was called' Mahallat El Kobaraa'. In the reign of El Nasser Qalawun it was considered as the capital of a district that comprises of El Dakahliya and El Monoufeya Governorates and was called "Raodat El Bahrein or the sea meadows". This resonating fame of El mahala as a center for ginning cotton and textile industry remained throughout history till Talaat Harb established Egypt Spinning and Weaving Company in Talaat Harb Street in El Mahalla that still exist. 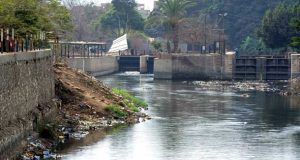 El Santa is one of the cities of El Gharbia Governorate that comprises of a number of smaller villages. It encloses a wide range of agricultural lands and on top of fruits planted there are mango, orange and grip. 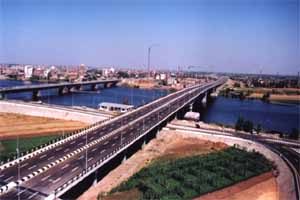 Kafr El zayyat is an administrative centers in El Gharbia Governorate in the way between Alexandria and Cairo. The importance of the city is attributed to its strategic position and the fascinating beauty of the Nile River in it. It comprises of a number of towns and cities including Kafr Mashla, Ebshar and Ebyar. Kafr El Zayyat is one of the important industrial centers in El Gharbeya that is famous for petrochemical and feertilizers industries. The city is blessed with the existence of train station and other means of transportation that links it with other governorates and this attract investors for investing their capital in it. 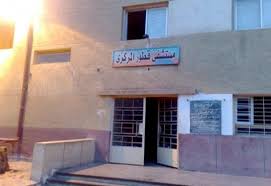 Qattour is one of the administrative centers of El Gharbia Governorate. It lies next to El Mahala El Kubra and covers about 230,19 km². The major part of the center is agricultural lands and it is famous for its Jasmin farms and poultry breeding. The main economic resources for the center that encloses a large number of towns and villages are food industries and trade. 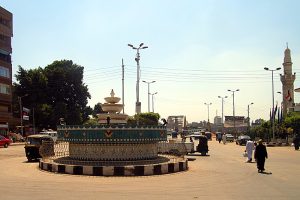 Sammanud is one of the important administrative centers that locates on the eastern bank of of Damietta Baranch of the Nile. It is about 50km² away from El Mahala El Kubra and 15km² away from El Mansura City and this makes it the linking point between El Dakahlia and El Gharbia Governorate. It is a city of a great history, since it was the capital of Egypt in the reign of the Third Dynasty. It has a great value for Egyptian Christians since the Holy Family passed by Belbees; oneof the major cities of Samanoud during their journey. The inhabitants of Samanoud played a prominent rule in the resistance of the French troops in Egypt. Samanud Center encloses some worth visiting places including Hammam Samanoud or Samanoud Bath that was established by Ibrahim Beck Serag in 1748. 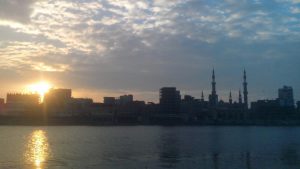 Zefta is one the administrative centers in El Gharbia Governorate. it lies next to El Santa Center and comprises of a number of smaller towns and villages. It encloses a vast area of agricultural lands and it is famous for planting fruits like orange and grip in addition to traditional crops like wheat, rice and Cotton . Zefta is also one of the important industrial zones in Egypt that encloses a large number of clothes factories. During the British occupation for Egypt, the inhabitants of this city rebelled heroically against it to the extent that they announced their independence and called it Zefta Republic. Zefta is the birthplace of many famous figures including the writer Ehsan Abd El Kodus.

Sheikh Ahmad Al-Badawi, a Muslim Sufi hermit, was born in Fez, Morocco in 596 AH and died in Tanta, Egypt in 675 AH. A Mameluke- styled mosque renow

In 1913 AD, the Egyptian Government decided to establish a Museum of Archeology in Tanta, inside the municipality building. It was closed an