The Temples of Thoth and Nekhbet at El-Kab - Other Destinations in Egypt : Qena Travel Guide : El Kab : - 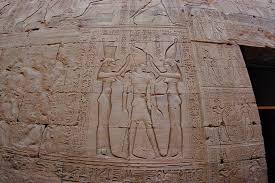 The Temples of Thoth and Nekhbet at el-Kab are two small structures dedicated to Nekbet (the Vulture goddess of Upper Egypt) and Thoth (the god of writing and knowledge). There are testimonies from both the Old and New Kingdoms, but the actual structures date back to the 18th Dynasty of New Kingdom with modifications that dating from the Twenty-fifth Dynasty until the Twenty-ninth. The two temples had a façade, an open courtyard, a hypostyle hall, a pronaos and three contiguous sanctuaries. There is also a small scared lake, a birth house of Nectanebo I of the XXX Dynasty and some remains of a small Roman temple.