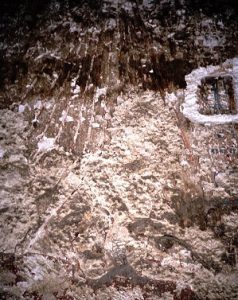 Meri-Ra was one of the political figures who hold numerous titles including High Priest of the Aten and Fanbearer of the King during the reign of Akhenaton. Though never finished, the Tomb of Meri-Ra is one of the most attractively beautiful in the area. Some of the tomb's interesting scenes depict: - Meri-Ra worshipping Aten and texts from the Hymns to Aten. -The royal family presenting offerings to Aten. -Meri-Ra and his wife, Ten-Ra, adoring Aten. -A rainbow below the sun disc. -A royal visit to the Temple of Aten accompanied by the court. The plan of Meri-Ra Tomb is distinguished from the other tombs in Tel El Amarna since it encloses an antechamber with ornate false door in each of its sides. Of special interest in these false doors are the Pharaonic decorations depicting the Cartouches of the king, Queen and Aten.