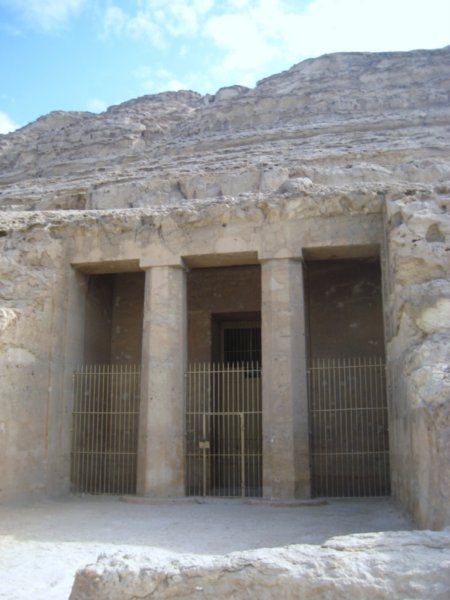 Amenemhet (or Ameni) was a monarch under Sesostris I of the Twelfth Dynasty who became the first king at that dynasty. He made the city of Itj-tawy the capital of the country that locates currently close to the city of El Lisht in Menia Governorate. Historians assume that Amenemhat was assassinated in an attempt of the palace to oust him and he was succeeded by senusert I. The Tomb of Amenemhat has the plan of a courtyard, a portico with two columns, and a chapel with four polygonal pillars and two burial shafts. Nearby the false door in one of the corners of the tomb, stand the remains of a statue group which probably depict the tomb's owner accompanied by both his wife and mother, with an offering table in front. Worth admiration in that tomb are the fascinating paintings depicting everyday life activities, sports and means of entertainment in the pharaonic period.