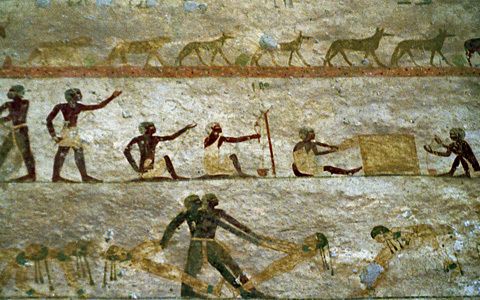 Baqet III was a local governor of Menat-Khufu or Menia Governorate currently during the Eleventh Dynasty and he was successes by his son Khety I. Worth admiration in the tomb is the rectangular shaped chapel with marvelous lotus columns. The multiple scenes in his tomb of Baqet III capture numerous depictions: they picture some funerary scenes, a scene showing the owner making some offerings, the statue of Baqut dragged on a sledge. There are also some paintings indicating a number of martial arts, sports like wrestling and other activities such as hunting, fishing, and farming painted on the walls of the tomb.