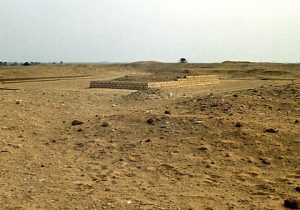 El-Lisht is situated in Markaz El Ayat , in 6th of October Governorate. Its Ancient Egyptian name was ’Itt-t3wy, and it was the capital of the Twelfth Dynasty. Both Amenemhat I and Senusert I chose to build their pyramids at this site. Other tombs belonging to some high officials were also discovered at the site