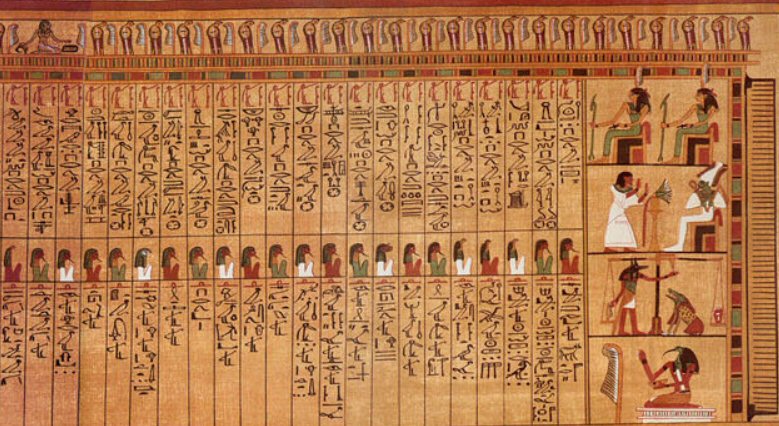 Maat is one of the goddesses in the ancient Egyptian mythology that was regarded as a symbol for wisdom and justice and other moral values that help mankind to live properly. The usual depiction of her shows her as a woman with an ankh and scepter in her hand and an ostrich feather over her head. This feather over the head of Maat is regarded as a symbol of her gentleness and extreme beauty, while some people suggest that it is a symbol for her sound judgment because she was a member of the underworld court. She was regarded as a symbol for truth and straightness and a personification of all what is right, just and ideal. Sometimes she was depicted as simple and beautiful straight lines on the head of the king's throne to clarify that she helped him in making right and wise decisions. Some of the thinkers view that Maat is a symbol for order since she is credited to maintaining stability on the surface of earth since the creation of the world. To see the depiction of Maat, one can go to the tombs of the Temple of Abu Simbel and the Valley of the kings and also in the Egyptian Museum that displays numerous statues for her with her distinguishing feather. Despite Maat's prominent role in many myths, she has never been presented as the major character of a myth like the other gods and goddesses due to her philosophical nature. She is regarded in some myths as the daughter of Ra who came to the world at the same time with her father and came out from the primeval water.

Another myth also indicates that Ra in his declining years was advised by Nun to kiss Maat in order to be able to regain his strength and youth. As illuminated in the Book of the Dead, Maat and Thuth were the companions of Ra in the solar boat who were in charge of setting the daily court. She was used as a proof that the solar boat is following a correct and perfect law and order that does not change. In the underworld, Maat was the member of the court who stands nearby the scale to assure justice and was one of the gods who arbitrate the recently dead soul before standing in front of Osiris. Of special interest in the wall paintings depicting Maat are the ones presenting her feather on the scale used to balance the heart of the dead. If the heart of the man was fairly balances the feather, this means that it is in balance with truth and justice and this qualifies him to pass to the next step. Then the dead soul reaches the Hall of Maat where he should reject that he committed 42 sins and name the magical parts of the door and by passing this step the deceased person is ready to meet Osiris to obtain immortality.

Ra in the ancient Egyptian mythology was the sun god and the father of all the other gods and goddesses who grow older and weaker in his declining years and began to commission his faithful, wise and powerful assistants with some of his daily chores in order to lessen his burdens. In spite of that h