The ancient Egyptians had a complex religious system that combined aspects of personal/family deities, city gods, and a very small number of national deities. The best way to understand it is: every city had its local deity and that deity was the principal god for that local population. There was also the only true national god and that was the king. Again worship varied. There was individual prayer. There were community celebrations. There was worship and rituals within temples. Since the general populous could not go into the temples, there was no public worship in the temples. The major public worship ceremonies would be those where the god was carried out of the temple in a shrine and paraded around town for people to see and returned to the temple. Within temples an ordained/purified priesthood carried out the daily, monthly and seasonal rituals. Also, many of the deities in ancient Egypt were related to natural phenomenon and worship may have been developed as a respect for that (such asrepresentation of the Nile floods, appearance of certain stars, beginning of growing season, etc.). Christianity has recognized Sunday as the day of worship. Islam has Friday. Jews honor the Sabbath. Since the ancient Egyptians used a lunar calendar, all of their festival days are tied into lunar calendar dates. They also used a civil calendar and special national festivals were associated with the New Year time This varies immensely by god. Some of the more common rituals include waking, feeding, bathing, clothing, singing to, and putting the god to bed in the evening. 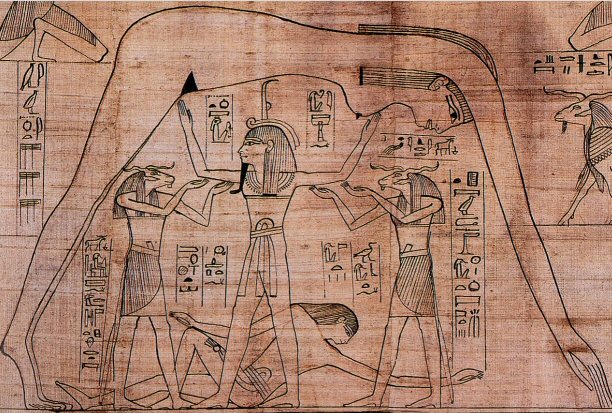 They did fear death, but also recognized it was mainly an area that they have not experienced and thus that can be a very daunting thing. Yes, they did both regular and burnt offerings. It was normal that the produce of fields owned by temples was offered to the gods. It normally happened that the priests were then given a portion of that as their salaries once the god had consumed that part which he/she wanted. What was buried with the deceased was entirely based upon their social / economic standing. Wealthier people had more stuff, poorer had less. Wealthier people normally had better tombs, nicer coffins, etc. It truly was a reflection of their current wealth. Not in the sense that some beliefs from India have the spirit reborn into a different or better physical form in this world. Rather we need to remember that their rebirth was confined to the afterlife. Pyramids were restricted to those who could afford them such as kings and queens. We do see in the New Kingdom (1500 - 1100 BC) private individuals begin to place mini-pyramids on the tops of their personal tombs, but again those individuals were wealthy and could afford that extravagance. The gods were in charge of maintaining the world. Thus the king did his job of maintaining the country in good order and the gods rewarded him with a long reign (or so the theory goes). People worships the gods because the world belonged to them and if people disrupted the world, the gods could remove their protection over the people. It was definitely a system where the gods had the upper hand so to speak. 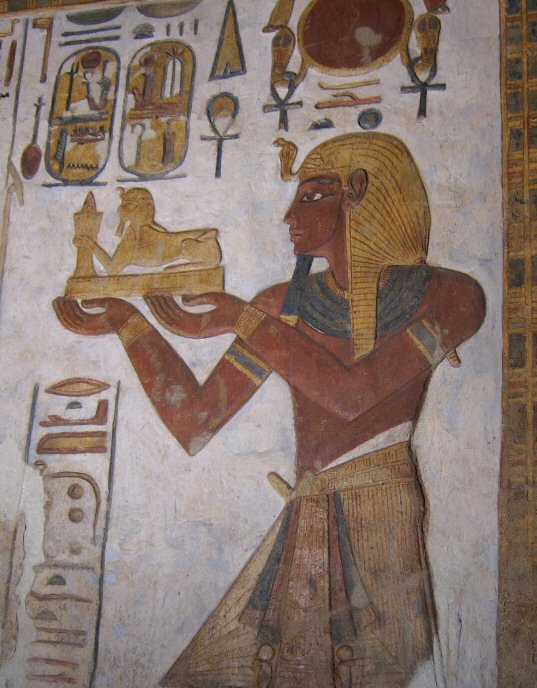 The Ancient Egyptians believed that the mummy housed the soul and spirit. Their belief was often thought of as complex and involved three spirits: the Ka, Ba, and Akh. The Ka was the essence of the person, like their double, and it remained in the tomb and made use of the offerings and objects there. The Ba was free to move around, inside or outside of the tomb. The Akh traveled throughout the Underworld and to the entrance of the Afterlife. There are three inhabitants of the Afterlife: the dead, the gods, and the Akh. When the person dies, the Ba and the Ka are separated from the body, but they do not die. Instead, they get released through ritual into the next world. The goal in the Underworld was to live in one's Ka, which holds the physical resemblance to the deceased. In order to do this, the Ba and the Ka must overcome the dangers of the Underworld and reunite to form the Akh. The Akh will then have made a successful transition to the Underworld and will live with the gods. Those who fail to make the connection are called the dead, and they have no hope of ever living a renewed life.

Hathor in the ancient Egyptian religion was presented as the Earth mother who was called in the Coffin Text "the Primeval or the Lady of All". The origin of Hathor is a highly controversial issue sinc

One of the most interesting myths about Ra in his declining years is the myth of Hathor as the daughter of Ra and his weapon that he used for punishing the sinful mortal people on earth. It is said th