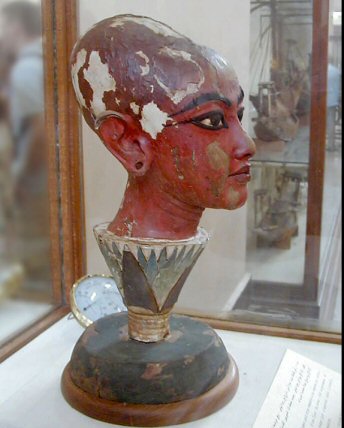 According to the ancient Egyptian Myth of Creation, before life the whole world was nothing but a wide dismal sea until the Lummous Lotus Flower came out of the water bringing light and perfume to the world. This Lotus was regarded as a symbol for the sun that break forth from the water every morning with a beautiful bloom that looks like the shafts of the sunlight. The ancient Egyptians believed that the sun was the origin of every this and the petals of the Lotus's blooms were known as the as the Redolent Flower in which the Soul of the god of Sun Ra hides.

The dead people were using one of the spells of the Book of the Dead to become a Lotus Flower after their death. The Lotus was used as a political symbol for Upper Egypt and it appears on the walls of the temples in that region.