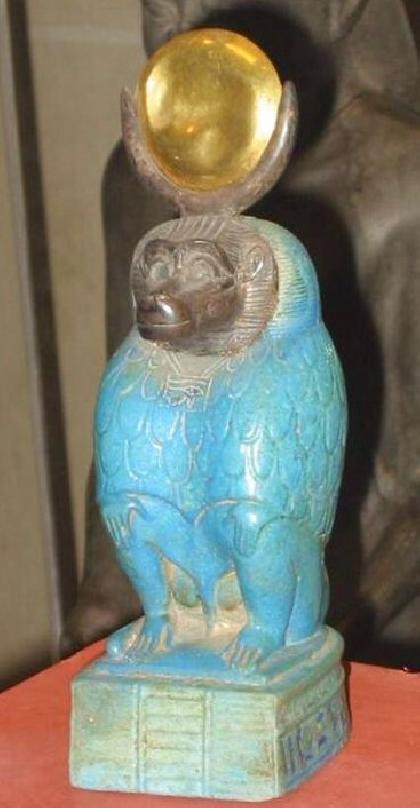 Sometimes assuming the form of an ibis bird, god Thoth was the god of writing and scribe of the gods. Thoth was the 'God of the Equilibrium', 'Master of the Balance', 'The Lord of the Divine Body', 'Scribe of the Company of the Gods', the 'Voice of Ra', the 'Author of Every Work on Every Branch of Knowledge, Both Human and Divine'. He recorded the weight of the heart of the dead person in the Underworld when it is weighed against the Feather of Truth. The amulet of Thoth was a purely-funerary amulet and would only be worn in death. It was usually placed in row of gods on chest, or on stomach.

Amulets were buried in and around the mummy bandages to provide it with protection against different types of potential dangers after death. The Eye of Horus (or 'Wedjat Eye') was a famous amulet whic