Octavius began a new organization of the Roman Empire, creating two kinds of provinces: provinces under the administration of the Senate (they were calm provinces) and others under the personal administration of the Emperor, represented by strategic provinces such as Egypt, Spain, Syria and the Gauls. Realizing the strategic situation of Egypt, Augustus recognized that any ambitious general or Senate member, who would take the control of Egypt, would think of separating the country and defending it easily or would cause famine to Rome just by preventing wheat from being sent to the Romans. So he issued a decree banning members of the Senate from entering Egypt without his permission. 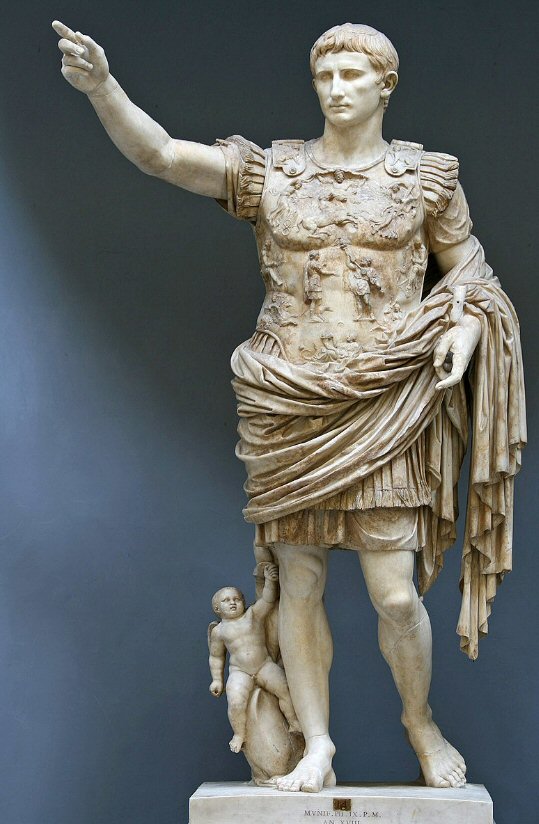 To eliminate any temptation of separation, Augustus divided Egypt into three administrative regions:The Delta, Central Egypt and El Fayoum and Thebes, each headed by an Epistrategos, without any military power. The Greek spirit continued to influence many aspects of the Egyptians' life: Augustus maintained the Greek monetary system represented by the Alexandrian Coinage and the Tetradrachma appeared in this era. Augustus concentrated power in the hands of a Roman governor in Egypt (known as the Praefectus). The Praefectus was the supreme leader of the Roman troops, the head of the administrative apparatus and the supervisor of senior officials.

Realizing the strategic importance of Egypt together with the danger of Egyptians' riots, Augustus left agreat number of Roman Soldiers in Alexandria, Babylon (Near Memphis), and Thebes. He also left several garrisons at strategic sites like Aswan, Philadelphia (Al-Fayoum) and Magna Hermopolis (Alashmonein). Not only was the Roman army assigned military tasks, but it also undertook security operations, taxes collection, public services, as well as canal paving and cleaning. Since there were few purely-Greek cities throughout Egypt (namely Alexandria, Necratis and Ptoloemea), Greek emigrants dispersed along the Egyptian countryside, then they tried to group themselves, not in polises but clans in the gymnasium . Octavius gave these gymnasiums an official status and created some posts. And this is how the local administration started. Like the Greeks, the Romans considered Egypt their own barn, but unlike the Ptolemies, the resources of Egypt went out of the country, mainly to Rome. 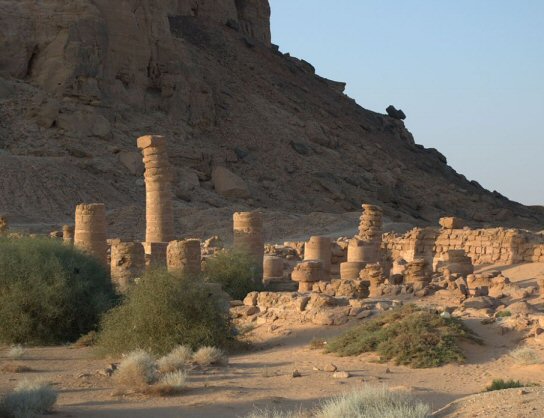 A military clash took place between Kush and the Romans under the leadership of General Aelius Petronius over a bloody border conflict. After negotiations, both sides agreed that Aswan in Lower Nubia would be the border and that Kush, as a Roman client, was to pay an annual tribute to Rome. In 24 BC, Kushite forces attacked the Romans at Aswan. Their military campaign ended with taking hold of Aswan, Elephantine and Philae. The Nubians committed robberies, took some inhabitants as captives and stole the statue of Octavius. Together with his large army, Petronius marched south forcing the Kushite forces to retreat to Pselchis (a Nubian city) and then sent deputies to convince the foe to stop the war. After a series of fights, Petronius defeated the Nubians at Napata. But this was not the end of the war. The Nubians, then, sent messengers to ask Petronius to allow them to speak to the Emperor Octavius. The Emperor showed a great readiness to solve the Nubian dilemma because the Roman policy was for winning them that even Octavius erected a temple for the Nubian god Mandoulis and rebuilt others. The Romans' aim behind this was to prepare for taking hold –when given the opportunity– of gold, silver and ivory mines.

There were many taxes, the most famous of which was the "laographia". The total taxes paid by an Egyptian farmer ascended to 48 drachmas annually, while the Greeks belonging to a gymnasium paid almost a quarter of this amount, and the Alexandrians were exempted. The Romans also imposed compulsory service (munera Serdar), which consisted of five days of service annually in which the Egyptian peasants had to serve forcibly the country in works such as cleaning canals and building dams. The office of tax collector was honorary and obligatory, and paying taxes represented a collective responsibility: if a person could not pay the due taxes, his family had to pay for him and if the family could not pay, the neighbors must pay them, and so forth. As a result, in times of drought, people escaped from villages and moved to towns and cities or joined gangs of bandits so as to avoid the abusing taxes. The Romans had to make many urgent reforms to improve the agricultural production. To achieve this aim, Augustus ordered to dig and clean canals and to distribute land to farmers at low prices devoting his attention to reusing the old irrigation system. Besides, he provided water cisterns in trade channels and Red Sea ports. And with these efforts, an era of prosperity and peace for a non-fixed period was built.

In an attempt to control trade roads in the Red Sea and the east of the Mediterranean, Augustus launched several campaigns at the neighboring sites to secure the trade roads with India and Middle Africa countries. The Romans desired to occupy Yemen, Nubia and Somalia to take hold of gold, spices, perfumes, ivory, diamonds and incense.

The Roman Empire showed respect to the Egyptian gods and temples and they contributed to the restoration and construction of some of them, trying to convince the Egyptians that the Romans were the legitimate Pharaohs of the country. But deep inside Augustus was contempt towards the Egyptian deities as he refused to visit Apis-Bull because he was accustomed to worship gods and not cattle. Aware of the power of priests and Egyptian temples, Augustus confiscated lands of the temples, giving the priests salaries instead. He also annulled the right of asylum in temples.

Caligula, son of Germanikus, commenced his reign with moderation in an attempt to be fair, but soon fell sick. His sickness caused him a mental disorder. Caligula believed that he was a human-shaped god and that he represented law, therefore all had but to obey him. He was assassinated in