Roman Rule in Egypt from Nero till Commodus - Egypt History, Where the whole story begins : Roman History of Egypt : - 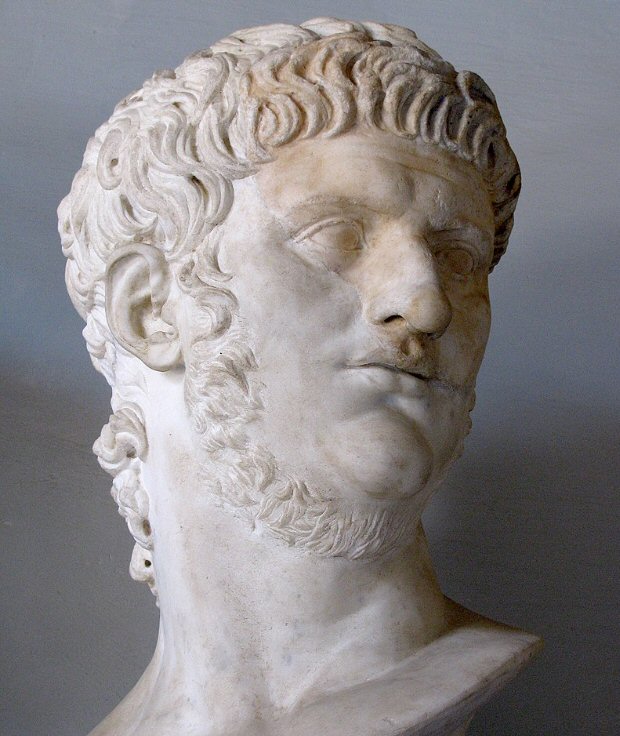 During the reign of Nero, the Kingdom of Axum increased its power and began to expand its domains at the expense of the Nubian Kingdom of Meroe. Besides, Axum was threatening the Arab allies of Rome and the trade in the Red Sea. Realizing the thread of the Nubian expansion imposed on trade roads and more importantly on Egypt's borders, Nero had to organize an expedition to Nubia to examine and assist the Kingdom of Meroe. The expedition reported that Nubia was in a deplorable condition and that Rome had to prevent the Kingdom of Axum from taking hold of Meroe.

In 66-67 AC, Nero began to organize a military campaign to conquer Nubia and to overpower the thread of Axum. But this expedition never departed because of the outbreak of the revolution of the Jews in Palestine, which was extended to Alexandria. The Romans concentrated their powers on putting it down. In 68 AC, General Galba declared himself emperor and Nero committed suicide. 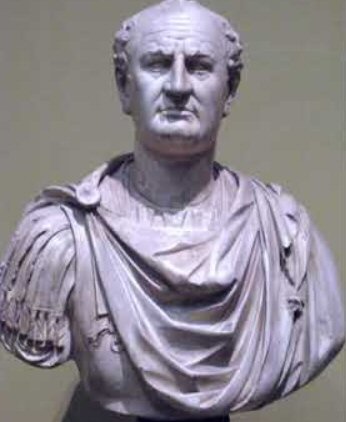 The 68th year witnessed many of political and military turmoil in the Roman Empire. General Galba declared himself emperor and Nero committed suicide. But Galba was defeated and General Otho succeeded him just for 3 months then Vitellus ascended the throne. The Roman Empire in the East refused to recognize the new emperor and acclaimed Vespasian, who came to Egypt to implement an embargo on wheat to Rome to topple Vitellus. But when Vespasian knew that Vitellus was killed, he abstained from implementing this embargo, so as to win the affection of the Romans. During the reign of Vespasian, another Jewish revolution broke out in Palestine, but it was suppressed by Titus who was welcomed as a hero in Alexandria. 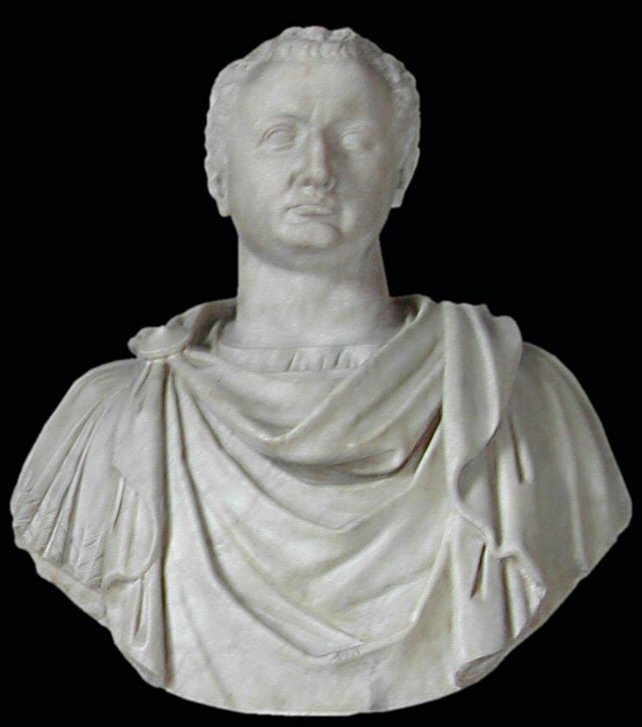 The reign of Titus was short, but during his government, the Romans' vision towards the Egyptian religion changed. For the first time, the cult of the founders of the Ptolemaic Dynasty was recognized and the cult of the minor local deities resurfaced. Since the time of Octavius, the temples of the local gods –with the exception of those of the holy trinity of Isis, Serapis and Harpocrates- declined since the Romans despised the worship of animals. In times of Domitian, these divinities were tolerated and a new activity of rebuilding their temples began. Domitian also built temples dedicated to Isis and Serapis in Rome Itself. 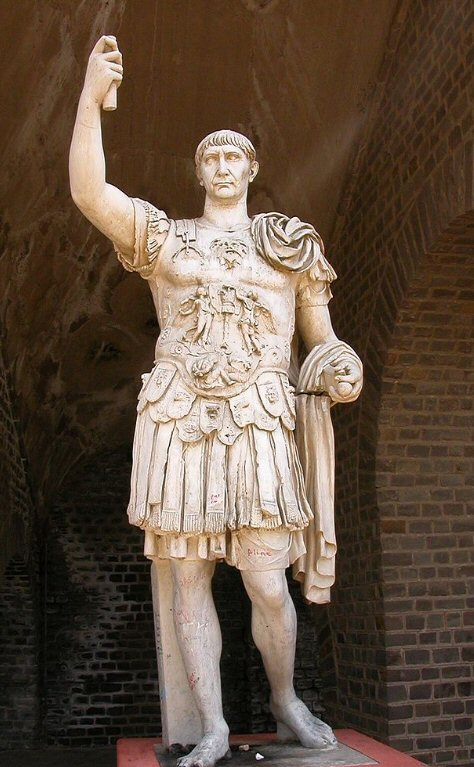 Domitian was killed and the reign of Nerva was also short as he was an old man. During his reign, Egypt enjoyed a peaceful period. During the reign of Trajan, another revolution of the Jews broke out in Alexandria and very soon became a war of all against all. Rome had to arm the Egyptian peasants to protect towns and cities. Trajan made many changes in administration and built the fortress of Babylon (The Old Cairo today) making it the headquarters of the Roman army. Also, it was in this era that the great temple Dendera was erected. 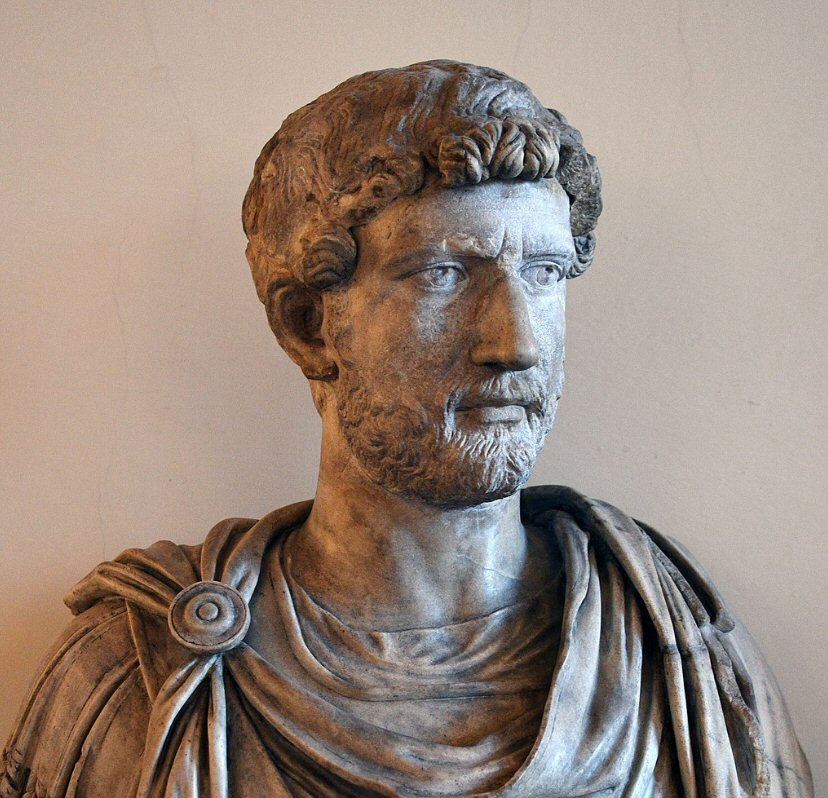 During the first years of Hadrian's reign, another revolution of the Jews broke out and he had to put it down violently. After this revolution, Hadrian ordered the restoration of the destructed buildings and the construction of a new library. He also showed respect to the calf Serapis. Hadrian also ordered the reduction of the rents of the agricultural lands to alleviate the damage caused by war. In the summer of 130 AC, Hadrian arrived to Egypt and spent one month and half in Alexandria, until the flood finished, and then he sailed to the South to Thebes. Hadrian was fond of the Greek Civilization that he decided to build another Greek city in Egypt calling it Antinoupolis (Near Hermolpolis), in commemoration of his servant Anthinoos. 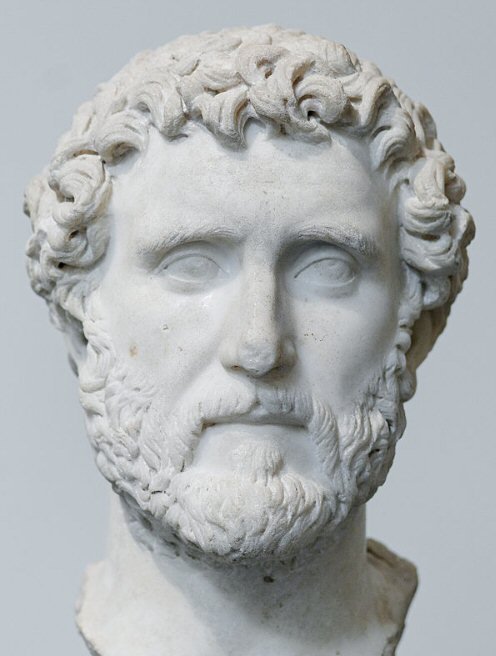 The reign of Pius was prosperous and, in general, peaceful. But surprisingly, during the reign of Aurelius, a revolution of the Egyptians against the tax collectors broke out in the Delta. Led by a priest called Isidoros, the Egyptians were tired of the high taxes and killed the Roman Centurion. When the Roman troops came to repel the revolution, they were faced with fierce resistance and therefore defeated in the Delta, until Avidius Casius came from Syria. Casius resorted to deception to sow division among the Egyptians. His attempt met with success as he managed to make them fight each others and thus he put the revolution down. Avidius Casius declared himself emperor and he was acclaimed by the Roman troops in the East. But his adventure ended when he was assassinated only 3 months later. Marcos Aurelius visited Egypt and forgave the Eastern nations who acclaimed Avidius. To satisfy his desires for avenger, Commodus ordered the assassination of the family of Avidius Casius and many Alexandrians who had supported him. In General, the reign of these emperors was prosperous and both agriculture and trade flourished. It was a time when Alexandria was the greatest port in the world.

During the time of Tiberius, Egypt lived a peaceful era when Rome withdrew one of the legions, leaving only 16700 soldiers in the country. Tiberius was interested in avoiding any action that would provoke the Greeks or Egyptians: he gave orders to investigate any complaint against the governors and

Caligula, son of Germanikus, commenced his reign with moderation in an attempt to be fair, but soon fell sick. His sickness caused him a mental disorder. Caligula believed that he was a human-shaped god and that he represented law, therefore all had but to obey him. He was assassinated in the 24th o

After the assassination of Commodus, the Roman legions began to propose their candidates and a state of chaos dominated throughout the Empire, until Septimius Severus beat Pescennius Niger. Severus visited Egypt and ordered the restoration of the city council (Boule), not only in Alexandria but also