Festivals and Celebrations in Cairo - Main Destinations in Egypt : Cairo, Much More Than a City : - 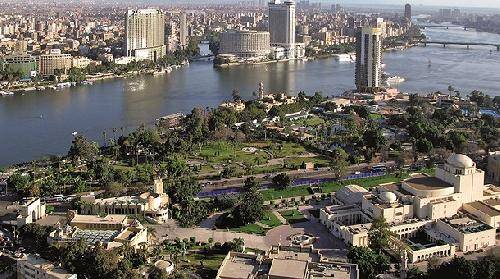 Since the Pharaonic Era, Egyptians are renowned for their unique way for celebrating important events in their life. Due to the prominent position of Cairo as the capital of Egypt and the cultural center of the Middle East it hosts various religious and literary festivals and celebrations annually.

Secondly, Cairo International Film Festival: Cairo hosts also the annual Cairo International Film Festival in the period from the 18th till the 28th of November. It is the first film festival to be held in the Middle East and the first time for holding it was in 1976. There are many other festivals organized in Cairo including the International Cairo Fashion Exhibition and Cairo International Experimental Theater Festival. In addition, there are many religious ceremonies and street fairs celebrated by Egyptians. For Egyptians, food is an essential means for celebrating such occasions since each of these days has its own specific dishes or deserts to be prepared in.

Attending these celebrations allows great chance for knowing more about the Egyptian traditions and habits. On top of these celebrations are: Eid El Fitr or Lesser Feast after the end of Ramadan Eid El Adha or Greater Feast in the 10th of Zuo El Heja month after performing pilgrimage. Prophet's Day or Moulid El Naby is an important event that has its unique taste in Egypt since streets are usually enlightened with colorful lights, and special deserts called Halawet El Mulid or the Prophets' day deserts are usually displayed in the shop windows everywhere. Mulid El Hussein is one of the major street fairs where Sufis   gather in the streets around El Hussein Mosque with their banners and nusical instruments for about a month. In the same way Mulid El Sayida Zaynab, and El Sayida Eisha are celebrated.