The Byzantines in Egypt - Egypt History, Where the whole story begins : -

The fourth century witnessed the split of the Roman Empire into two distinct empires: the Eastern Roman Empire (later called the Byzantine Empire) and Western Roman Empire, a split reinforced when Constantine I transferred the capital of the Eastern Empire from Nicomedia (in Anatolia) to Byzantium (the city which inspired his imagination in 330 AD to be rebuilt as Nuova Roma (New Rome) ). After Constantine's death, Byzantium had been called Constantinople ('City of Constantine'), until it fell under the Ottoman Empire on May 29, 1453, by then the Turks named it 'Istanbul'. The Byzantine Empire had an evident character of Greco-Roman civilization. Significantly, when the Byzantines gradually embraced Christianity, during the 5th and 6th centuries, their culture acquired a noticeably distinct character, different from their pagan past. 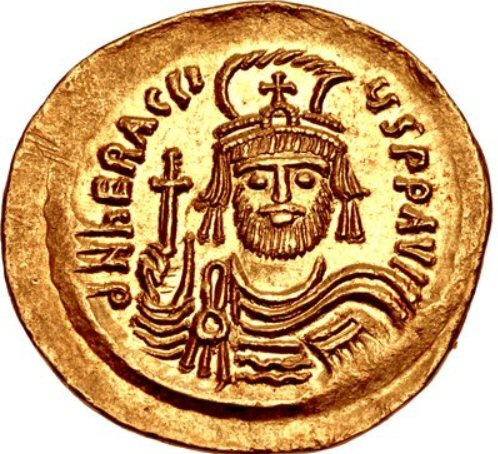 By the 7th century, the empire was channeled into another direction under the rule of Emperor Heraclius, when Greek was made the official language of the empire and improvements were made within the military. When its links with the old Greco-Roman world scattered, the Byzantine Empire finally started to acquire an 'Oriental' style, a style considerably strengthened by the 15th century, after the fall of Constantinople under the Ottoman Turks in the wake of a long state of deterioration that had struck the Byzantine Empire in the 12th century. Even when struck with recurrent setbacks, the Byzantine Empire eagerly preserved its economic, cultural and military position inside the continent through providing a military shield against early Muslim expansion; supplying the Mediterranean area with gold currencies; and imposing its influence on the political systems, laws , and customs of Europe, an influence which further spread into North Africa and the Near East for much of the Middle Ages.

What further brought the Egyptian Romans into isolation from Rome's culture and hastened the dissemination of Christianity was the fall of the Western Roman Empire in the 5th century. When Christianity propagated in Egypt, the Egyptian Pharaonic culture began to fade away: no-one could read the hieroglyphics since priests no longer functioned at the temples (which were either transferred into churches or abandoned to the desert).

Being the second city of the empire, Alexandria was fraught with religious controversies and rife with rifts. In response to the massacre of many Christians the Jews alleged, Cyril (the Patriarch of Alexandria) urged the city's governor to deport the Jews from Alexandria in 415. Nevertheless, Egypt continued to supply the Empire and the Mediterranean region as a whole with much of its agricultural production and manufacturing prerequisites continuing to be an important center of scholarship.

Religious controversies between the Egyptian Church and the Byzantine Empire sparked over the nature of Jesus, more specifically, whether he had two natures, human and divine, or merely one. Called for by Constantine I, the First Council of Nicaea was held in Nicaea (in Bithynia) in 325 AD and resulted in the first uniform Christian doctrine, called the 'Nicene Creed' which aimed at resolving debates within the Church of Alexandria over the nature of Jesus so as to define unity of beliefs for the whole of Christendom. While St.

Alexander of Alexandria and Athanasius took the position that Jesus was of the same substance as God the Father, the popular presbyter Arius took the position that Jesus was merely of similar substance – and the council's decision was against the latter. Since the Council of Nicaea failed to clarify the divinity of Jesus, in 381, Theodosius I called for the First Council of Constantinople. Being held in the Church of Hagia Irene from May to July 381, the council tackled numerous questions: it denounced Arianism and expanded the third article of the creed (which dealt with the Holy Spirit) in the so-called ' the Nicene Creed of 381'. Significantly, it was set that Jesus is of the same being (Ousia) as God the Father. It is worth noting that because Pope Damasus I was not called into the council (or rather refused to be present), this council is sometimes named the 'Unecumenical Council', nevertheless, it was considered ecumenical at the Council of Chalcedon in 451.

The Council of Chalcedon is considered to be the Fourth Ecumenical Council held from 8 October to 1 November. It condemned the idea that the nature of Jesus amounted to nothing, disregarding the findings of 449. As a consequence, the Chalcedonian Creed provided a description of the "full humanity and full divinity" of Jesus. Although the Roman Catholic and Eastern Orthodox Churches (then one church) recognize this council as faultless in its doctrinal definitions, it arose a major schism. That is, those who abstained from accepting its teachings (who are now known as Oriental Orthodoxy) were accused of Monophysitism (believing that Jesus has two natures in one nature called, the "Incarnate Logos of God"). However, the stream of the Monophysite thought continued to take both Egypt and Syria as its center and the opposition of the Orthodox perception was orderly repressed in the 570s.

The Predynastic Period extends over a very long span of time marking the first evidence of human civilization beginning to appear in Egypt. That is, it is the period that preceded the invention of writing and recording, a period that witnessed the first man recording his ideas and achievement an

The first inhabitants of Egypt reached the banks of the Nile River, after crosing marshes and valleyes full of difficulties and obstacles, escaping the desertification of the Sahara. The original communities settled in the country  and were structured in regions called nomos. Time p

Why Nubians did not write their historical register in their own languages until very late in antiquity? We know about Nubian cultures and their people largely through Egyptology and some writings of the ancient Greek travelers, and some little biblical information. The source of the Nubia

The Greek called their country  and themselves, Hellenes. With the arrival of the Romans, they called themselves Gracias. The Greeks were not the natives of Hellas, and there were other people who were called the (Protogreeks). They had dark skin and black or brown hair with brown o

With the death of Cleopatra VII and Mark Antonio, and with the fall of Alexandria in the hands of Augustus Octavius in 30 BC, Augustus became the legitimate heir of the government of Egypt. Octavius celebrated his victory achieved in the Battle of Actium coining a memorial currency with th

At th end of of the potolemaic era the local egyptain were known as Aegyptioi, from the toponym Aegyptos (Egypt). The Word Aegyptos itself is derived from the ancient name of the capital Memphis, Ha ka Ptah,'the house of the soul of Ptah,'Which was the main deity of the pantheon of Memphis

The Arabs, who are now to play their surprising part of history, are historically considered among the most important people of the Semitic race. The name ' Saracen ', applied to them is of a doubtful origin, but seems to come from the two Arabic words meaning "Sons of the Desert". They are divided