The Tale of the Daughter of the Prince of Bekhten - Egypt History, Where the whole story begins : Pharaonic History of Egypt : Ancient Egyptian Literature : - 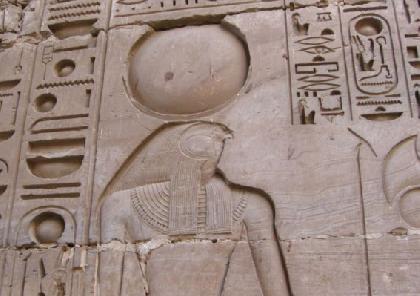 One of the most interesting myths that demonstrate the mighty power of Khnosu is the one of the daughter of the Prince of Bekhten. This king was the father of the consort of the king of Egypt at that time whose country lies in a very far place from Egypt. The younger daughter of the Prince was severely ill and the physicians of his country could not cure her. The prince asked for help from the king of Egypt who sent him an Egyptian physician. Unfortunately the illness of the princess was caused by evil spirits that only Khnosu Neferhetep can defeat. The king of Egypt asked the mighty god to make his magical power take the form of another statue for him and allow them to send it to Bekhten to cure the princess. The god agreed and the statue of Khnosu Neferhetep went to cure the girl. The mighty power of Khnosu enabled him to defeat the evil spirit causing the suffer of the princess quickly to the extent that that spirit asked for staying for a while with the powerful god who managed to overcome it easily and his wish was met. The prince of Bekhten was grateful to the god and tried to keep him in his country as long as he could, but finally the god took the shape of a golden hawk and returned to Egypt. After that the prince of Bekhten came to Egypt with a huge a mount of gifts and sacrifices for the mighty Khnosu Neferhetep, the conqueror of demons of darkness.