In one of the old texts of Hermopolis, Thuth describes himself as the eldest son of Ra whose creation was the result of the cooperation of Ra, Amun and Khepri. He adds also that this origin gave him the secret knowledge, powers and talents that made him the inventor of the letters of writing and the author of many valuable books. He is the author of many prominent articles and books that date back to the prehistoric era including the Book of the Breathing that involves some spells helping the dead to obtain eternity, and the Book of the Dead or some parts of it as it is said. 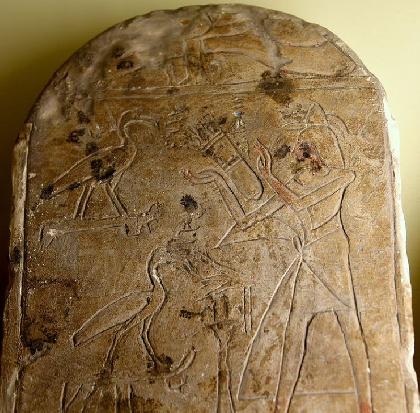 The Book of Thuth is one of the major works of Thuth and there are numerous irreconcilable accounts about its length. Some views say that it is two-page length: the first one deals with magic charms that help in controlling over natural powers, and the second involves the magic spells used in the underworld. There is another view suggesting that it was a 42 pages length and it was dealing with a variety of sciences excelled by Thuth such as geography, astronomy, religion, medicine, hieroglyphics, and astrology. Prince Neferkaptah and the Book of Thuth This myth is registered in a papyrus that dates from the Ptolemaic era at the time of the family of Prince Neferkaptah.

The priest of this prince told him about the magnificent supernatural powers that he can gain from the magic spells in the Book of Thuth. He told him that the magic power would enable him from dominating power over all the aspects of nature, being the commander of the sun, the moon, the air, the mountains and the minor gods and seeing any creature whenever and wherever it is. In addition to that, its magical charms would give you eternity and you would be able to see the other eternal gods in the solar boat and many other supernatural powers. The excessive ambition the prince made him ready to do any thing to possess that book and promised a great reward for the one who tells him about its place.

The priest told him that the book is kept in a the middle of the Nile river next to the city of Koptos and the prince quickly decided to go and steel that book to gain that power. He took his wife Ahura and his son on a boat and went to Koptos where he established a magical barge to look for the book. He knew that the book is kept in one of three boxes protected by snakes, scorpions and other monsters. He used a magical spell that saved him from the danger of these enemies and enabled him from reaching safely to the boxes. The prince used one of the spells of the book that made all the fish of the sea come to see him.

Then he asked for wine and he spelt it on the book and when the letters of the book were erased by the wine he drank it all to have the powers of this book inside him and then took off. The vengeance of Thuth from the thief of his book was very fierce. Thuth firstly killed the prince's son and wife who were accompanying him. The prince used his magical power and made the body of his wife flows over the surface of water and tells him about what she saw in the underworld. She told him that Thuth is extremely enraged and that his power is more than his own power even after having the book. Yet he insisted on keeping the book and tied it to his chest, till he was killed. When the king heard that his son drawn in the Nile River, he looked for his body and found him with the book of Thuth on his chest. Finally Neferkaptah was buried and the book of Thuth was put in his tomb.