Caligula, son of Germanikus, commenced his reign with moderation in an attempt to be fair, but soon fell sick. His sickness caused him a mental disorder. Caligula believed that he was a human-shaped god and that he represented law, therefore all had but to obey him. He was assassinated in the 24th of January, 41 AC. 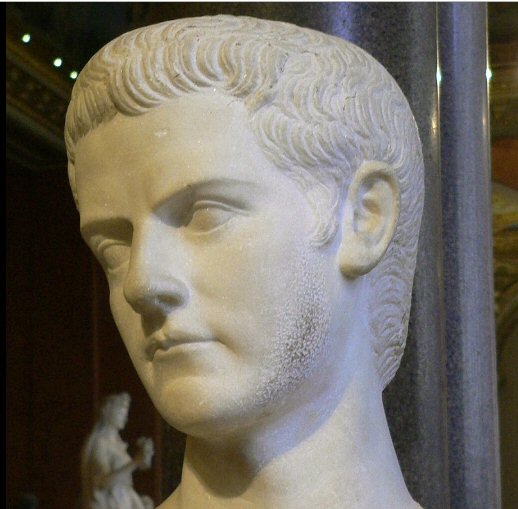 As a response, the governors effectively confiscated a large quantity of weapons. The civil war between the two sides began with the visit of Agrippa, a grandson of Herod, to Alexandria. Agrippa was a friend of Caligula and he benefited from his friendship with the Emperor in increasing the privileges enjoyed by the Jews. The Alexandrians ridiculed Agrippa and complained to the Emperor that the Jews disobeyed his order of worshiping him as a god. With this excuse, the Alexandrians broke into the Jewish neighborhood and placed statues of the Emperor in their temples. Caligula issued a decree nullifying the privileges of the Jews.