Visiting Wax Museum - Other Destinations in Egypt : Tourism in Helwan : - 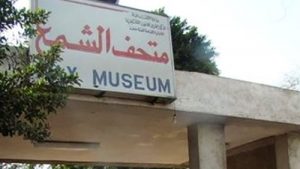 Resembling that of Madame Tussauds in some aspects, the small Wax Museum at Helwan is located in the suburb of Helwan, south of Cairo, near the mineral springs of Helwan and near Ain Helwan Metro station. It finely illustrates and chronicles the Egyptian history in wax from the Pharaonic era, then the Greek, Coptic, Islamic periods up until the 1952 Revolution. It was founded by Hussein Amin Bikar, one of the most famous Egyptian portrait painters whose career spanned a number of disciplines, notably caricature, teaching, journalism and art criticism. It was officially opened in 1950 The museum exhibits a collection of splendid wax sculptures and statues, each stands as a representative to a certain historic phase in Egypt. It houses 116 statues and 26 scenes. Among the numerous statues of remarkable figures on display are statues of Salah El-Din El-Ayoubi (Saladin), King Richard I "The Lionheart" of England, Amr Ibn Al-As, Cleopatra and President Gamal Abdel Nasser, smiling and surrounded by adoring crowds. Unfortunately, a number of statues suffer damage as a result of hot weather at summer and the insufficient air conditioning.

Extending parallel to the Nile, the beautiful Japanese Garden lies to the east of the Bath Establishment in Helwan District. It dates back to the period between the two World Wars in c. 1917. Its establishment is attributed to Zulfugar Pasha, a resident of Helwan who gifted it to Sultan Hussein. Aft