El Tor City (also known as Tur Sinai) is the capital of South Sinai Governorate. The city's name comes from the Arabic name of" Geble El Tor", the mountain where God gave Moses the Ten Commandments in the form of two stone tablets. For that reason, the city enjoys a religious esteem as a 'holy place' in the Monotheistic religions.

The city encloses a large number of hotels, apartments, bungalows and restaurants that provide its guests with all services and facilities to ensure the utmost level of relaxation and tranquility in the city.

It can be easily reached by air since it locates only 50km away from Sharm El Sheikh Airport. Windsurfing is one of the most preferable sports for the visitors of El Tor City due to its isolated position and its the magnificent wind movement. 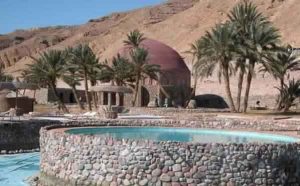 Moses Springs is situated about 3 km from the city of El-Tor. The place is distinguished with its sulphuric water springs (thermal underground waters) that could provide a useful natural resource and a therapy for skin and rheumatic diseases. 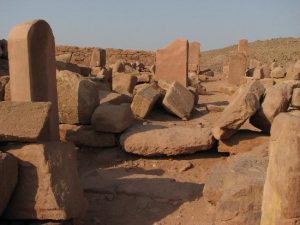 The Temple of Sarabit El-Khadim is located on a small plateau north El-Tur, in South Sinai. The name 'Sarabit' is driven from the Bedouin word 'Sarbot' ("erected pillar" in Arabic). The word 'El-Khadim' means "servant". The remains of the Temple of Sarabit El Khadim are the only considerable vestiges of the Pharaonic buildings in Sinai. It includes names of people other than the royalty or gods. For this reason, it is known as "the people's place" because inscribed on its walls are the names of 387 leaders of mining expeditions. Built over a 735m-high peak, the temple comprises open courts and sanctuaries dedicated to the protector goddess Hathor, the goddess of copper and turquoise miners to whom the temple was dedicated. The temple's site is rich with stelae of various Pharaohs that flank the way to an underground chapel of Hathor. The temple has many remains dating back to the Middle Kingdom, with scenes of worshipping Hathor and the deified kings. Hatshepsut and Thutmosis III also made additions to the temple. Spending the night at the foot of the plateau and hiking at dawn is the best option for tourists to enjoy the spectacular scenery.