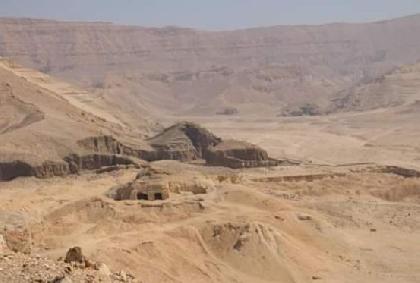 During your visit to the fascinating city of Luxor, you will find the Dababia protected area which was established around the year 2007 AD. It is located near the city of Esna and has a history of around 50 to 55 million years. Therefore, it has major scientific importance for geologists who are interested in exploring and studying environmental conditions during ancient periods when there was complete extinction of living creatures as a result of the rise of temperature to the highest level ever. According to researchers, the reason behind the increase in temperature is the emergence of lava from the bottom of the seas and oceans. Dababia protectorate helps geologists in indicating the accurate age of Earth. Moreover, it is nominated to become part of the UNESCO's World Heritage Site list since it is one of the prime geological sites. When you visit the protectorate you will get to enjoy a fascinating view of the surrounding mountains along with the magical scene of sunrise in the early morning.