In 1974, a committee set up by Alexandria University selected a plot of land over which, a new library was established. The chosen site is located near the situation where historians think the ancient Library was. Egyptian Government and the UNESCO adopted the project.The UNSECO organized an architectural design competition and the wining design, of Snohetta, a Norwegian architectural office, was chosen in 1988. In 1990, a conference for donations was held in Aswan and many countries accepted to provide support through both economic and material donations. On October 16, 2002, the complex was officially inaugurated. The modern library has a capacity to house 8 millions books. Within its compound, it also comprises a conference center, a number of libraries for the blind, a planetarium, a manuscript restoration laboratory, three museums, and four art galleries. 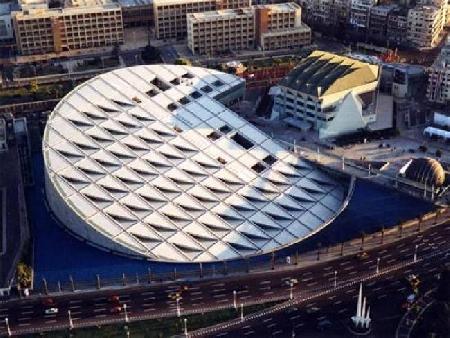