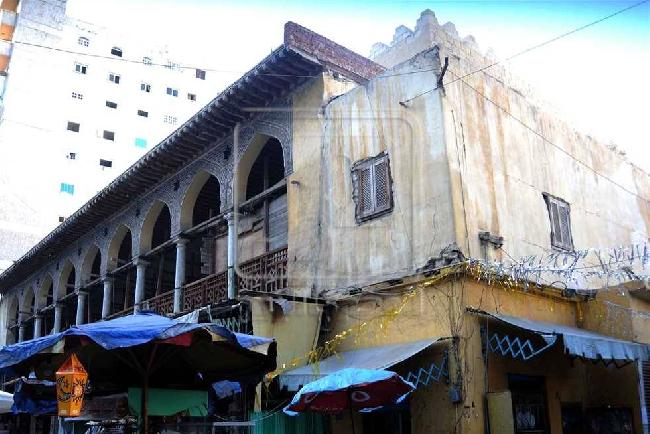 The second mosque to be built in Alexandria, Abdel Bakki El Shorbagy (Georbagy) Complex is situated in the Turkish District, in Manshiah (now Nasr District). The site of the mosque housed a number of Ottoman monuments such as: Turks Market, Georbagy Wikalla (commercial center), and the Mosque of Terbana.

The foundation of the historic Complex of Shorbagy (Georbagy) is attributed to Abdel Bakki Georbagy. It was built in 1758 AD-1171 AH.The complex consists mainly of a mosque, some shops and a residential area containing about 25 commercials and 28 living units.

The mosque comprises two stories. The first floor contains a number of shops, an ablution. Roofed with wooden panels, the second floor is the mosque courtyard where people perform their prayers. Inside the mosque, we can still find the remains of a fine ceramic work as well as a large number of different columns.