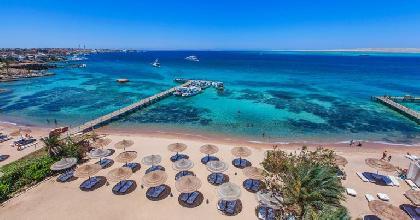 Unspoiled, wild, fascinating, and remote are words used to describe the city and the tourist resort of Hurghada. Hurgada is one of the cities overlooking the Red Sea coast that locates 550 km away from Cairo and few meters southward Suiz. It is one of the most visited resorts in Egypt due to its moderate weather throughout the year, its crystal clear water, and its magnificent natural beauty. Hurgada International Airport receives huge numbers of tourists of all nationalities who visit it for enjoying exciting bird trips, windsurfing, diving, snorkeling, fishing and hunting there. 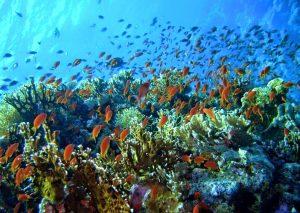 The key factors for attracting tourists for Hurgada are the wide range of facilities and services provided for those tourists. It stretches over about 36 km along the seashore. Though merely aging less than 100 years, the city is advancing rapidly, depending largely on tourism and foreign investment. Hurghada is blessed with a magnificent moderate weather throughout the year, which makes it an ideal place for sea sports, such as diving, snorkeling, sailing, and deep-sea fishing, mountain climbing, skydiving. Diving is one of the sports that most of the tourists enjoy practicing in Hurgada that encloses about 150 centers for diving courses in very cheap prices. 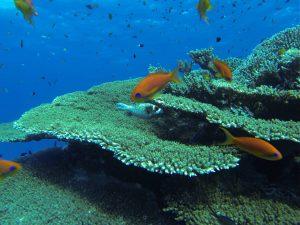 Professional divers prefer diving in Hurgada water at night for enjoying the coldness and calmness of water. Skydiving is another sport that many tourists welcome practicing to enjoy the aerial view of the city and marvelous weather. There are some training centers for this sport in many five-star hotels in Hurgada and the parachute is permitted to fly at a height of 120m only. Mountain climbing is another preferable sport especially for adventurous teenagers and is widely practiced in the coastal cities overlooking the Red Sea for its multi-colored mountains. Thus most of the tourist agencies create exotic and adventurous programs that include climbing at good prices. Additionally, the city has a number of offshore islands that are a preferred destination of visitors during the safari trips in the Red Sea, such as the three appealing islands of Sheduan, Gifton and Abu Minqar. For attracting more visitors, Hurgada hosts numerous festivals annually such as the Hurgada International Festival for Squash.