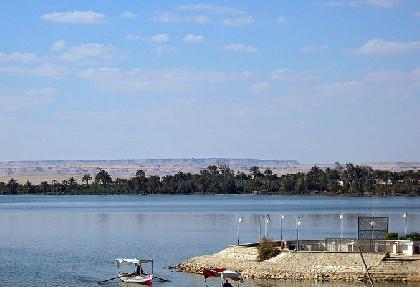 Quran Lake protectorate is one of the magnificent oldest natural lakes in the world and is considered part of the Moeris Lake. It was announced as a protectorate around the year 1989 AD for the reason of protecting its geological formations along with biological and archaeological treasure which adds to its historical and scientific value. It is assumed to be one of the largest lakes in Egypt since it covers an area of around 1385 square kilometers near the Faiyum governorate in Egypt and is located around 80 kilometers from Cairo, so it can be easily reached in a short period. The protected area contains ancient fossils for some animals such as an old monkey fossil together with some plants and trees with about 40 million years of history. In addition, it houses a large number of reptiles, mammals and birds, especially flamingo birds. It is also considered a major shelter for migratory birds who take a rest during the winter season. Moreover, the Quran protectorate is listed as a World Heritage Site by UNESCO for its natural wealth. The area is not fully explored but several excavation operations have taken place and fossils of different species of prehistoric whales have been discovered. You can have an interesting trip to the Quran Lake to enjoy doing water activities, observing fascinating views of nature, fishing since the lake comprises a variety of species of fish and enjoying bird watching. It will also be entertaining to take a look at the historical monuments situated in the area such as the Qarun Palace, the old town of Skitnopius, Saga Palace and others.